Who is Philip Rafferty?

Philip Rafferty is the Founder and Director of Kinergetics®

”Kinergetics RESET® Kinesiology is a complete form of natural health care that uses muscle testing to read the energetic bio feedback system from our bodies to find where health imbalances stem from.’ 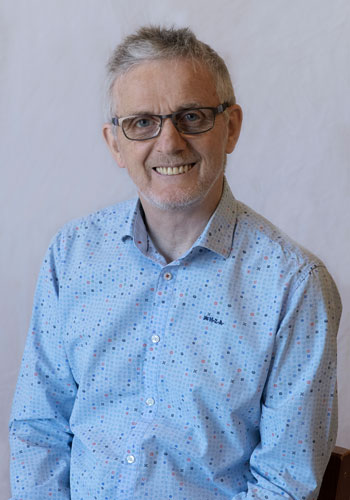 As a young man in his early twenties, Philip Rafferty of Warrington, Cheshire decided to book a one-way ticket to Australia to seek adventure and view the world. He arrived in Fremantle by ship in 1973. To explore Australia, Philip worked in various jobs (farming, bar tender, waiter) to fund his adventures and to travel around Australia.

Philip’s introduction to muscle testing took place in Noosa, Queensland where he went into a health food shop and experienced first-hand a lady demonstrating muscle testing for food sensitivities. To Philip, this seemed like magic! He was amazed that when the Kinesiologist placed sugar next to his cheek it prevented him from holding his Anterior Deltoid in contraction, no matter how hard he tried to hold it; this intrigued his quizzical mind.  This initial visit to the Health Shop was the start of Philip’s curiosity and love for all things kinesiology. He was surprised what his body could show through the medium of muscle testing and had a burning desire to jump right into Kinesiology.

A week later he attended a basic Touch For Health workshop in Noosa. Philip immediately wanted more techniques, skills and content so he sold up all he had and booked into the next TFH workshop in Pasadena, California where he became a TFH instructor. He stayed in the US for 13 months, repeated the TFH instructor workshops and then taught a TFH class on the island of Kauai on the way home to Australia.

A burning desire to help people better themselves through TFH brought Philip back to Australia where Kinesiology was in its infancy. In the following years, Philip sponsored many kinesiologists to come to Australia to teach their workshops, such as Dr Bruce Dewe (PKP) and Richard Utt (Applied Physiology), as he wanted to learn as much about Kinesiology as possible. Philip developed a lifelong friendship with Richard whose Applied Physiology was an inspiration. All of this would impact the creation and development of his own modality.

Over the years, Philip studied many of the branches of kinesiology and was the Founding President of the Touch For Health Association in Victoria. The state TFH Associations later became the Australian Kinesiology Association (AKA) that strongly supports kinesiologists throughout Australia today.

In the early 1980s, Philip mainly used Touch For Health and Hyperton-X. John Thie recognised the work that Philip contributed to TFH and gave Philip permission to print all of the TFH charts that so many Kinesiologists use today in their clinics. His good friend Michael Wild joined him in business and together they named the business Equilibrium which became an alternative bookstore that sold Kinesiology materials to the growing number of kinesiologists and TFH instructors in Australia and around the world. As Philip travelled to teach Kinesiology, Michael took over Equilibrium which continues to supply and support kinesiologists and the public with an extensive range of kinesiology and related materials. Philip went on to become an instructor of Hyperton-X and studied for many years with Frank Mahony.

During the 1980s, Philip’s study started to extend from Kinesiology modalities to the study of systems that worked specifically with energy healing, life enhancement and personal growth. The study and experience of energy and how it interacts with the physical body interested him on a deep level. Philip discovered that healing energy corrected many imbalances and cleared blocks in the energy fields, which then allowed energy to flow. The principle of Kinergetics® Kinesiology was born. Its aim was to direct healing energy to where energetic imbalances showed, as directed by the body through muscle testing. In 1991, Philip developed ‘Kinergy’ which merged into ‘Kinergetics® Kinesiology’. Click here for Philip’s Kinergetics® Kinesiology workshop schedule.

In 1995 Philip developed RESET (Rafferty Energy System of Easing the Temporomandibular Joint) as an evening self-help workshop for clients and students to relax the jaw muscles (TMJ). It was adapted from Kinergetics® Kinesiology and was later developed into ‘RESET TMJ®’ which comprises of a series of three workshops. RESET TMJ® relaxes the major tendons and muscles around the Temporomandibular Joint (TMJ). This takes the body out of fight/ flight. Click here for Philip’s RESET TMJ® workshop schedule.

With a special interest in Chronic Pain, Fibromyalgia and Chronic Fatigue Syndrome (CFS), he carries on his study of fight/flight and the role of TMJ, fascia and magnesium deficiency. He continues to research and develop new content for heavy metal toxicity, particularly mercury, lead and aluminium, including dental amalgams.

Philip now co-teaches all workshops with instructor Germaine Byrne who is a member of the International Trust, a group of trustees which manages publishing of the workshop material, the representational part at international conferences and seminars and licencing of practitioners plus maintains the standards set over thirty years ago.

Philip loves enabling people to heal themselves and share their skills with others, opening people to their natural healing abilities and helping them clear blocks that inhibit this natural process.

”Kinergetics® Kinesiology & RESET TMJ® go a long way in supporting our international community of diverse and hard working students  and practitioners. We feel incredibly lucky to be in a community where the role of health and wellness is seen as essential in shaping our society.”

Make an inquiry about a client session today.

Kinergetics RESET Kinesiology® acknowledges the Traditional Custodians of the lands we live on.

We pay our respects to all Elders, past and present, of all Aboriginal and Torres Strait Islander nations.

We use cookies on our website to give you the most relevant experience by remembering your preferences and repeat visits. By clicking “Accept All”, you consent to the use of ALL the cookies. However, you may visit "Cookie Settings" to provide a controlled consent.
Cookie SettingsAccept All
Manage consent

This website uses cookies to improve your experience while you navigate through the website. Out of these, the cookies that are categorized as necessary are stored on your browser as they are essential for the working of basic functionalities of the website. We also use third-party cookies that help us analyze and understand how you use this website. These cookies will be stored in your browser only with your consent. You also have the option to opt-out of these cookies. But opting out of some of these cookies may affect your browsing experience.
Necessary Always Enabled
Necessary cookies are absolutely essential for the website to function properly. This category only includes cookies that ensures basic functionalities and security features of the website. These cookies do not store any personal information.
Non-necessary
Any cookies that may not be particularly necessary for the website to function and is used specifically to collect user personal data via analytics, ads, other embedded contents are termed as non-necessary cookies. It is mandatory to procure user consent prior to running these cookies on your website.
SAVE & ACCEPT
Scroll to Top

We Love To Stay In Touch With You.

Join Our Mailing List So You Can Receive Ongoing News About Kinergetics RESET® Kinesiology! We Promise Not To Overload Your Email And You Can Unsubscribe At Any Time.