What Is The Cause Of Dehydration And How Can I Clear It? 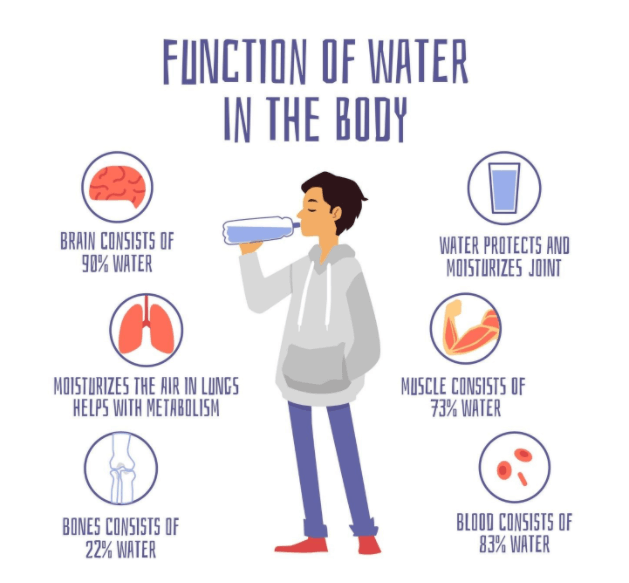 All nutrition is affected by dehydration. I regularly hear from clients and students who have been drinking over two litres of water a day, taking magnesium and are still dehydrated and magnesium deficient.
If you suffer from:

As a Zazen Alkaline Water distributor I hear some great stories. One lady with Fibromyalgia improved her symptoms with the zazen water, but needed to change her filter more often. We are not sure whether it was something the Zazen was taking out or adding in! Another man slept through the night drinking Zazen water, instead of getting up every night to empty his bladder.

The quality of water you drink certainly makes a difference, but it’s not the most important thing. Clear the CAUSE of dehydration AND drink great water!

Kinesiology has many different ways to test for dehydration, and 99% of people are dehydrated according to the third test:

Dr Batmaghelidgj, author of ‘Your Body’s many Cries for Water’ states that chronic pain is caused by chronic dehydration. When I was teaching in Annapolis Maryland I had the honour of meeting Dr Batmanghelidgj and sharing research.

I tested him with kinesiology and found his Psoas muscles imbalanced. These muscles relate to the kidneys. It doesn’t matter how much you know about water, how much you drink, if you are in fight/flight/freeze or survival you are dehydrated!

The Upper Trapezius muscles also relate to the kidneys.

Dehydration is also inextricably linked with fight/flight/freeze/survival and TMJ.

The jaw muscles hold the sum of all past traumas, so releasing tension from the jaw muscles dramatically reduces any fight/flight/freeze or survival reaction.

In the last 3 months I have done 5 demonstrations – one in Denmark, one in Sydney and three in Merimbula NSW, doing about 15-20 minute sessions on people with Multiple Sclerosis, Parkinson’s, Chronic Fatigue Syndrome, Fibromyalgia and Arthritis – the 115 video testimonials are on Youtube.

The Australian demonstrations all had Zazen Alkaline Water available to give me the best chance to get the water and magnesium into the cells.
Everyone at the demonstrations:

It is impossible to fully correct dehydration without relaxing the jaw muscles and taking them out of fight/flight/freeze/survival – it is all connected.

Kinergetics RESET Kinesiology® acknowledges the Traditional Custodians of the lands we live on.

We pay our respects to all Elders, past and present, of all Aboriginal and Torres Strait Islander nations.

We use cookies on our website to give you the most relevant experience by remembering your preferences and repeat visits. By clicking “Accept All”, you consent to the use of ALL the cookies. However, you may visit "Cookie Settings" to provide a controlled consent.
Cookie SettingsAccept All
Manage consent

This website uses cookies to improve your experience while you navigate through the website. Out of these, the cookies that are categorized as necessary are stored on your browser as they are essential for the working of basic functionalities of the website. We also use third-party cookies that help us analyze and understand how you use this website. These cookies will be stored in your browser only with your consent. You also have the option to opt-out of these cookies. But opting out of some of these cookies may affect your browsing experience.
Necessary Always Enabled
Necessary cookies are absolutely essential for the website to function properly. This category only includes cookies that ensures basic functionalities and security features of the website. These cookies do not store any personal information.
Non-necessary
Any cookies that may not be particularly necessary for the website to function and is used specifically to collect user personal data via analytics, ads, other embedded contents are termed as non-necessary cookies. It is mandatory to procure user consent prior to running these cookies on your website.
SAVE & ACCEPT
Scroll to Top

We Love To Stay In Touch With You.

Join Our Mailing List So You Can Receive Ongoing News About Kinergetics RESET® Kinesiology! We Promise Not To Overload Your Email And You Can Unsubscribe At Any Time.